The Tonehangers are an all-male a cappella group composed of four former college singers who are possibly Barden University alumnis (they are said in a deleted scene to gatecrash Barden initiation parties, but only seen in the film at the Regionals held at Carolina University) who are still emotionally invested in their past career.

The Tonehangers are seen singing T-Pain's Booty Wurk after the regionals. They later on get into a fight with The Treblemakers and The Bellas. One Tonehanger got into a legit fight with Donald while the other played it safe with Bumper and they just insulted each other. A third tonehanger was also seen fighting with Jesse, Beca and Fat Amy.

In Pitch Perfect 2, they returned with Bumper as a member and leader of the group. They are invited to a riff off and ultimately got eliminated. 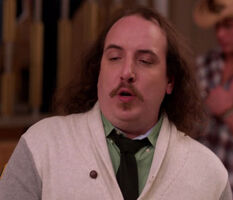 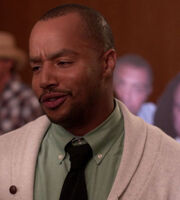 According to IMDB the actors are (from left to right in the photo at the right):

1/4
Community content is available under CC-BY-SA unless otherwise noted.
Advertisement