The Barden Bellas is an all-female a cappella group at Barden University (loosely inspired by "Divisi" an all-female a cappella group at the University of Oregon) in Georgia. Per tradition, they used to only perform songs made popular by women, before the modernizing change Beca Mitchell made to the group and the changes new Bella Emily Junk would make. Under Beca's leadership, the Bellas went on to win three ICCA championship titles in a row. As of 2015, the Bellas have also claimed the title of A Cappella World Champions following their victory in the championships held in Copenhagen.

They are also one of the four a cappella groups in Barden University. The other three are the Treblemakers (all-male), High Notes (mixed-sex), and BU Harmonics (mixed-sex).

From the old team photos on their bulletin board, the past membership has ranged from as few as five to more than twenty singers. Twelve competed at the 2011 ICCAs and ten at the 2012 ICCAs. It is not known how many openings were considered available to join the eight who continued after 2012.

The Bellas' Facebook page says they were founded in 1989, but some of the old team photos are dated before this. A Bella may have gotten the history wrong, just as the song archive handout credits "The Power of Love" to Celine Dion, the third singer to chart with it. It is presume the Bellas were founded before 1981, with Katherine Junk being a Bella during that year. 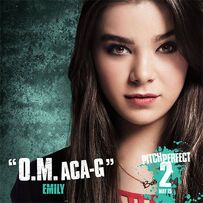 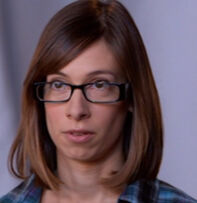 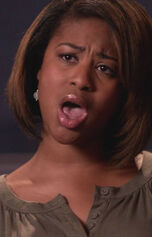