Pitch Perfect is a 2012 musical comedy film directed by Jason Moore. The screenplay was written by Kay Cannon, loosely adapted from the book of the same name by Mickey Rapkin. The soundtrack was released digitally on September 25, 2012, and physically on October 2, 2012. The film opened in selected theaters on September 28, 2012 and everywhere on October 5, 2012.

The story follows an all-girls a cappella group, "The Barden Bellas" in their battle to make it to Lincoln Center to compete in the ICCA!

The Treblemakers are rocking their performance at the International Championship of Collegiate A Cappella finals at Lincoln Center, while The Barden Bellas are preparing to perform right after them. The captain of the group, Alice, tells Chloe and Aubrey, the only junior members of The Bellas, that she can't believe she's being forced to leave the group in their hands when the rest of the group noots in the fall. The group goes out to perform, but stressed from all the pressure, Aubrey ends up getting sick and throwing up on the stage during her solo.

Four months later, it is the beginning of another school year, and Beca Mitchell is on her way to Barden University, home of the Treblemakers and the Bellas. Forced by her father, a professor in the university, to give college a try before giving into her desire to pursue a career as a DJ in Los Angeles. Upon arrival, she is greeted by a perky girl, serenaded by a stranger in a car driving into the university, and is placed in a dorm she has to share with Kimmy Jin, a Korean who wants absolutely nothing to do with her.

To avoid her father, Beca attends the activities fair where she meets Fat Amy over a "Deaf Jews" booth she mistook for a DJing club, and later Chloe and Aubrey, the senior and only remaining members of the Bellas, who are desperate to recruit members after their embarrassment at the finals. Beca tells them that she can't sing and walks away. She then decides to go for an internship at the local radio station, where she meets the manager, Luke, and Jesse Swanson, the stranger who was singing to her earlier.

Meanwhile, Jesse shares a room with eccentric magician and nerd, Benji Applebaum, who worships the Treblemakers.

A month later, Beca's father finds out she has not been going to class and chastises her for not getting involved more. He makes a deal with her that if she joins a club and proves that she's tried to be involved, he will help her get to LA and pursue DJing at the end of the year if she still wants to.

Later on, Beca is singing to herself in the shower. Chloe overhears and confronts her, begging her to join the Bellas. Chloe says she will not leave until Beca sings with her, so the girls harmonize on a few lines of "Titanium." Realizing that this could be her ticket out, from Chloe's nakedness and her father's persistence, Beca agrees to audition.

At the a cappella auditions, all hopefuls are told to sing a few lines of Kelly Clarkson's "Since U Been Gone" on stage in front of the school's existing a cappella groups. Beca decides to audition in the last minute, performing Lulu and the Lampshades' "You're Gonna Miss Me" with a cup after Chloe tells her she can perform whichever song she likes. Aubrey, skeptical about Beca, given their bad start when Beca dissed a cappella, is left speechless after Beca's audition, while Jesse watches her from backstage.

Soon, the ten new members of the Bellas are traditionally inducted into the group, namely: Beca, Fat Amy, Cynthia Rose, Lilly, Stacie, Jessica, Kori, Denise, Mary Elise, and Ashley. Meanwhile, the Treblemakers welcome Jesse and Kolio, the new members of The Treblemakers, with Benji not making the cut because of the Trebles' opinions of him.

At the "aca-initiation" party later that night, the a cappella singers bond, party, drink and flirt, with Aubrey keeping a close eye on her girls, who had just vowed to not be involved with any of the Trebles. Later, however, Aubrey notices Kori with Donald, a Treblemaker, Mary Elise with another one, and Beca with Jesse, although they seem to only be speaking as friends then so she merely confronts Beca about it the following day, but she gets Kori and Mary Elise off the group. That night, Fat Amy and Bumper also officially meet, both flirting with and insulting each other.

At practice, Aubrey's determination to stick to tradition and Beca's contemporary beats, clash. Aubrey insists on using the same set list that the Bellas have been using for years which does not feature any contemporary songs. When Aubrey almost loses her lunch to stress again, Lilly asks them what happened to them at last year's finals and the girls find a video of Aubrey puking on stage.

Aubrey then puts the girls through an intense practice routine, such as cardio, vocal exercises, and choreography practice of their old performance, among others, following a strict schedule. She also insists that the girls stick to a cardio routine which does not appeal to Fat Amy. Aubrey is very critical of the group, constantly putting down the other girls and saying that they are not trying hard enough.

The following week, the girls perform poorly and are embarrassed during a gig for the Sigma Beta Theta's Annual Fall Mixer. Chloe then later admits to the girls that she has vocal nodes.

Meanwhile, during her internship, Beca constantly provides Luke with several mixes she has made and he accepts them but stacks them aside. Beca then plays some of her mixes for Jesse who compliments her on her talent. He then tries to get Beca to watch a movie, which she apparently never gets to watch til the ending, particularly The Breakfast Club.

At this year's "Riff-Off," the Barden University a cappella groups "battle" through song in an abandoned, drained pool with an audience, with a microphone used by Hoobastank as the prize. A category is chosen and a group starts to sing, and another group can interrupt them by singing the same word the last group sung and connecting it to a different song.

Despite their issues, the Bellas attend the regional a cappella competition. In spite of their bland set list, the group manages to place second at the regional a cappella competition thanks to Fat Amy's exciting solo. On the way to the semi-finals, the group stops for gas where Fat Amy is hit by a burrito by the passing Treblemakers in their own bus, screaming that she's 'been shot'. The girls clean up Fat Amy and continue on the way to the venue, singing their own version of Party In The USA. Suddenly, the bus stops. Fat Amy forgot to actually put gas in the bus after being hit by the burrito so the group is forced to call the Treblemakers to drive them to the venue. At the semi-finals, Beca sees how bored the audience is with Aubrey's traditional arrangement, she provides impromptu back-up, mash-up vocals.

The Bellas come in third in the competition, behind the Treblemakers and the Footnotes. Even though the audience was pleased, Aubrey was not and yells at Beca. Frustrated at Aubrey's blindness, and Jesse's convenience, Beca snaps at both of them, then quits the group.

Benji then finds out that one of the members of the Footnotes was really in high school. The Bellas were allowed to go to nationals, since the Footnotes were disqualified The group gets back together after spring break to prepare for finals, Beca is not included.

Beca begins DJ-ing at the radio station during spring break to fill her time. She finds a copy of The Breakfast Club, Jesse's favorite movie, and watches it. She realizes how much she needs the Bellas in her life. Her father convinces her to re-join the Bellas. Meanwhile, the remaining Bellas are falling apart. Aubrey has vomited due to stress and anger, with Chloe trying to take the pitch pipe by force. Beca enters and Aubrey agrees to let her rejoin. The now complete-again Bellas have a heart-to-heart, and decide to kick things up a notch with Beca's 21st century mash-ups. At the national competition, the Bellas sing a piece arranged by Beca, including "Price Tag", "Don't You (Forget About Me)," the theme from The Breakfast Club, and "Give Me Everything (Tonight)" along with short sample lines from other songs.

In the final scene, we see the students lining up to audition for the a capella groups the following fall with Beca amongst the returning Bellas members showing that she decided to skip moving to LA to focus on being in college and enjoying time with her friends. And also showing they won first place (the trophy). The movie ends Beca saying the audition song, but it is unknown what it is, as she is cut off by the song Toner (Instrumental Suite) leading into the credits rolling under "We Came to Smash".

Some minor roles are miscredited, probably as a result of script changes not being fully reflected. The Tonehangers are called "Clefs", three roles linked to the fraternity that as filmed is called "Sigma Beta Theta" are subtitled "ATO", and the greeter at Barden University is credited as the "UMass Greeter".

Producer Paul Brooks and director Jason Moore told Variety that since the reception to the film was good, a sequel could potentially happen next year. In December 2012, Skylar Astin revealed that he and Rebel Wilson had meetings with Universal Studios about the potential sequel.

In June 2013, Wilson hinted in an interview that the sequel may be set in London.

More information about the sequel to the movie here.

Pitch Perfect received generally positive reviews. It received an 81% "Fresh" rating on Rotten Tomatoes based on 124 reviews as well as 65 out of 100 on Metacritic based on 30 "generally favorable reviews." It was also well received by audiences, who gave the film an "A" CinemaScore on an A+ to F scale. The film was mostly praised for its comedic approach, which some critics have compared to Bring It On, as well as the film's flashy musical numbers and Rebel Wilson's performance. NPR's David Edelstein selected it as one of the top movies of the year and Entertainment Weekly chose the soundtrack as one of the year's best.

The film was produced in the winter of 2011-12, mainly filmed in Baton Rouge, Louisiana.

On July 18, 2012 Universal created Facebook profiles for the Bellas and Barden Treblemakers. The Bellas are said to have been founded in 1989 (though some team photos shown in the film have earlier dates) and the Treblemakers in 1955, and the characters given birthdates (see below) that similarly might not be canonical. Before the film was released, the profiles supposedly referred to early action of the film as then happening in August-September 2012 but the film takes place in the 2011-12 academic year with the competition season in spring 2012.

Hometowns and birthdates these profiles attribute to the characters include: 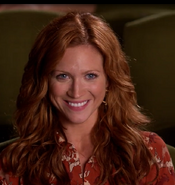 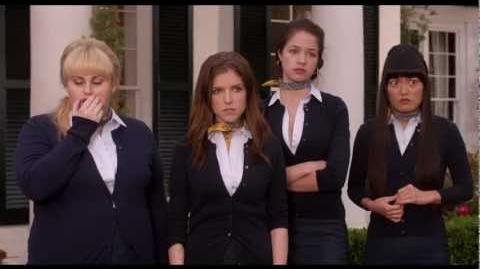 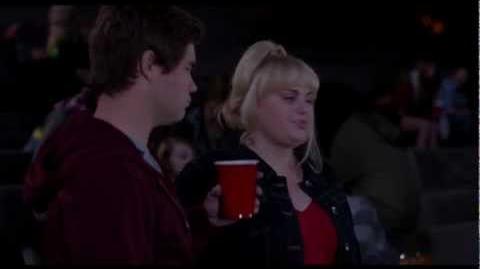